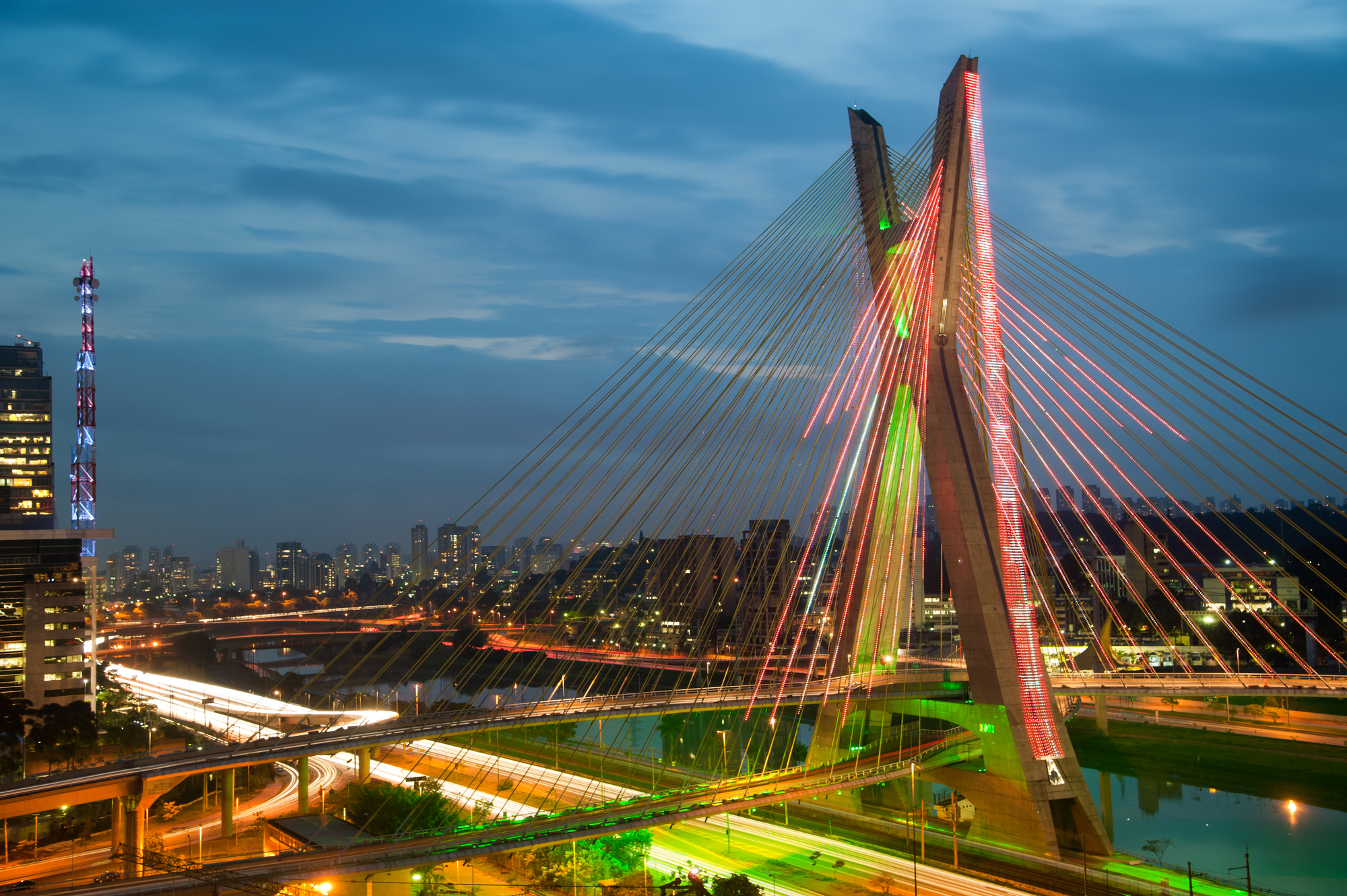 With The Championships Locked Up, Pride Is on The Line in Sao Paulo Brazil

Red Bull and Max Verstappen have already secured the Driver’s and Constructors championship heading into the Brazilian Grand Prix but that does not mean the rest of the field does not have something to fight for. Red Bull’s Sergio Perez and Charles Leclerc are fighting for second place in the driver’s standings Ferrari and Mercedes are fighting for second place for the Constructors title. Alpine and McLaren are battling for 4th and fighting the constructor’s title while Mick Schumacher at HAAS is fighting to keep his seat for the 2023 season.

Frankly, there is almost no better circuit than Interlagos to help resolve some of the battles that are about to place at the Grand Prix. One of the most popular and entertaining tracks on the calendar is the Brazilian Grand Prix and with overtaking a regular occurrence on the track having a sprint race on Sunday adds to the drama about to unfold

The Weather in Brazil for Qualifying proved to be extremely challenging for both drivers and teams would have to make complex decisions on tire usage. The rain came and went throughout the entire qualifying session causing disruptions with qualifying times because in one instant the track would be drying and the other too wet for their tires of choice.

In Q3 after eight cars managed to get their times in the opening minutes of the session Mercedes George Russel under braked heading into a corner beaching himself in the gravel. A red flag was issued putting a stop to the session to safely remove his undamaged Mercedes. The skies decided to influence the outcome of the day once again unleashing rain onto the track and all those in attendance. Kevin Magnussen who performed a great lap sat in first place and with the rain pouring down the rest of the field was forced to abandon Q3.

The rain meant catching Magnussen would be impossible using intermediate tires giving the Dane his first pole position of the season. It was also HAAS’ first pole position in Formula 1 history. As you can imagine joy and excitement reverberated in HAAS’ garage welcoming an elated Magnussen. Not since 1975 had an American team claimed pole position in F1 and now Magnussen would be leading the sprint race on Sunday. Magnussen may have the cards stacked against Verstappen starting in P2 followed by Russell in P3, but we all know he will do his best on Saturday.

The weather for the Sprint Race proved to be much more agreeable with partly sunny skies and no chance of rain to play havoc on the track. Twenty-four laps of racing and finishing in the Top 8 would score drivers and their team’s extra points and set the starting grid for Race Day on Sunday.

The 2022 Brazilian Sprint Race started cleanly for Magnussen who held on to his lead heading into Turn 1 followed by the dueling Verstappen and Russel. Magnussen’s hold over the lead of the race lasted for three laps before Verstappen passed him easily followed by Russel doing the same. Magnussen continued his slide down the ranks and finished the race in P8 scoring precious points for HAAS and making his pole position worth it. Russel attacked Verstappen and across three laps the duo fought for the lead keeping everyone on the edge of their seats. Verstappen held Russel off showing he can play defense but on L15 he could prevent Russel from easily passing him with DRS and a Mercedes who had the superior pace for the race. Russel took over the lead and pulled away safely from Verstappen. Ferrari’s Carlos Sainz Jr had to deal with Mercedes Lewis Hamilton fighting for third place. Sainz unlike Verstappen was able to thwart Mercedes advances on him keeping Hamilton at bay and off the podium.

Verstappen whose pace was off now had Sainz and Hamilton in his mirrors, and eventually, even he would slide down the rankings into 4th place. Sainz claimed second place followed by Hamilton in third when the chequered flag was waved at the end of the race. Russell won the first sprint race of his career and now had the front of the grid all to himself.

If Sunday’s race can repeat the amount of action that took place in 24 laps Formula 1 fans are about to get spoiled. The top ten for the Brazilian GP will start in the following order: P1 Russell P2 Sainz P3 Hamilton P4Verstappen P5 Perez P6 Leclerc P7 Norris P8 Magnussen P9 Vettel P10 Gasly

On race day the Brazilian Grand Prix was poised to be an action-packed affair, especially after the incredibly entertaining Sprint Race that had over twenty overtakes in twenty-four laps. The sun was shining bright, but clouds were slowly forming and despite the low chances of rain teams and drivers always kept an eye on the sky.

Carlos Sainz Jr who could have lined up in the second spot on the grid received a five-place grid penalty due to his Ferrari taking on new engine components. Sainz slid to P7 due to the penalty pushing Hamilton to the front row of the grid.

Alpines Fernando Alonso was also penalized for his role in the incident with his teammate Esteban Ocon during the sprint race going from pushing the Spaniard to 17th on the grid. Ocon who raced admirably on Saturday saw his Alpine catch fire in the pit lane after the Sprint Race forcing the team to change the engine which led to a grid penalty forcing Ocon to start in 16th place.

Mercedes looked primed to have their best weekend, but they still had to contend with Red Bull’s Verstappen who would be eager to spoil their rival’s chances of a win this season. The Autodromo Jose Carlos Pace otherwise known as Interlagos was primed and ready for the 2022 Brazilian GP to start all the drivers needed was the red lights to go out.

The energy was electric as the last red light went dark and Russel took off flying maintaining his lead into the first turns. The front of the pack was unscathed at the start of the race, but you could not say the same for HAAS’ Magnussen who go bumped by McLaren’s Daniel Ricciardo from behind taking booth drivers out of the race. The first safety car of the race was called onto the track and on Lap 7 when the race restarted chaos ensued. Russel pulled away cleanly while Hamilton and Verstappen collided heading into a corner which would result in Verstappen getting a five-second penalty. Both drivers survived the incident, but Verstappen Red Bull got the worst of forcing him to pit and stranding him at the back of the pack.

Ferrari’s Leclerc also got tagged by McLaren’s Lando Norris after losing control of his McLaren for just an instant. Leclerc spun out crashing into a wall and remarkably was able to keep his Ferrari running and got the damaged car back to the pits for needed repairs. Both Verstappen and Leclerc had an impressive race climbing back up the rankings with their superior cars slicing through the back markers.

The stars seemed to be aligning for Russel because Mercedes had an impressive pace and regardless of pit stops Russel stayed in the lead of the race. On Lap 50 Norris’ McLaren’s engine failed him forcing yet another safety car onto the track bringing the field together and the possibility of a fantastic finish.

The Brazilian GP did not disappoint because more drama ensued once the green flag was waved. Russel was undeterred and held his lead without issue. Verstappen, who was in second place, got harassed by Hamilton who overtook Verstappen in short order. Verstappen’s woes continued as he slid down the rankings. Sainz Overtook Verstappen for third place and the dutchman eventually found himself behind his teammate Perez in P7.

Sainz did all he could to catch Hamilton but could not bridge the gap while Leclerc hunted Sainz. On the team radio, Leclerc asked Ferrari to swap positions with Sainz for third because he need the points to help secure second place in the championship and was denied.

Even Red Bull had issues with team orders when Verstappen passed Perez and refused to give him the higher finish for more points infuriating fans and Perez as well. Ferrari’s refusal to relinquish a podium was understandable but Verstappen’s refusal to give up a position worth a couple of points when his driver’s title is already secured is ridiculous considering the work Perez has done in helping his teammate win two championships.

Russel had no issues or drama to deal with other than absolute joy in winning the first race of his Formula 1 career and the first win for Mercedes this season. Hamilton finished in second place helping his resurging Mercedes team earn their first 1-2 of the seasons.

Mercedes now sits 19 points behind Ferrari for second place n the constructor’s title heading into the Abu Dhabi Grand Prix. Ferrari after a decent day could be proud of Sainz who had a solid race finishing in third place.

The last race of the season will have interesting storylines heading into and one thing is for sure no teams will be taking the race lightly with so many precious points on the line and bragging rights when it is all said a done.

Rest of the Pack

A frustrated Leclerc finish fourth place yearning for more points and is now tied with Perez for second place in the Driver’s Championship. Fernando Alonso had an incredible race finishing in fifth place after starting in 18th place.

Verstappen finished in sixth followed by his disheartened teammate Perez in seventh who on the team radio said “he {Verstappen} showed who he really is.” In eighth place came Esteban Ocon helping Alpine add more points to their tally and battle with McLaren for the fifth-best constructor. Alfa Romeo’s Valtteri Bottas finished in ninth place and Aston Martin’s Lance Stroll scored the final point of the race finishing in tenth place. 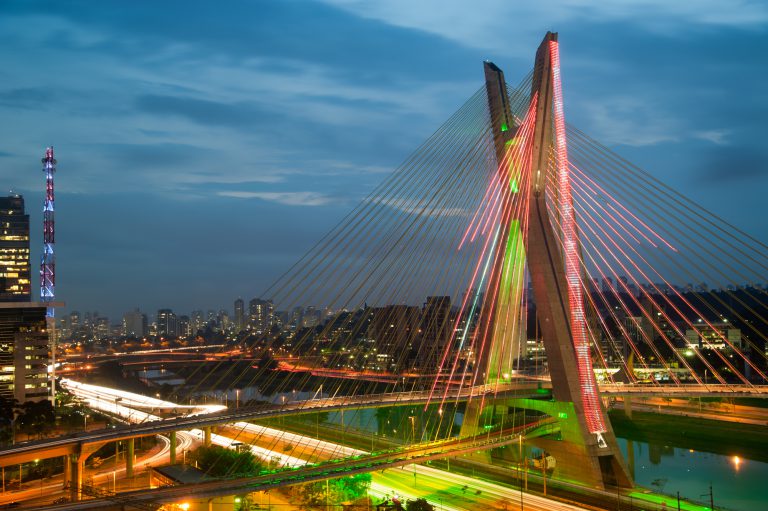